In January of 2013, she launched her first information product about the self-publishing industry. It grossed $1,000 in revenue in the first 10 days.

Irish LIon Media, a third start-up for Barbara, has published 8 eBooks as of September 2013. 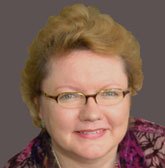 No available times for this calendar/range.

Client Information
By clicking on Book, you agree to the Terms & Conditions.
Appointment Scheduled!
at
A confirmation email will be sent to
Service
Consultant
SnapAppointments Scheduling

The appointment time you selected is no longer available. Please select a new time.